The Story of Charles Trees

The Thrills, Chills and Champagne Chills party, held every year at the close of the Hunt season, is one of Rocky Fork Headley Hunt’s most popular events. The event showcases year end awards for Best Hunt Horse, Most Courteous Rider, Best Whipper-in and Volunteers of the Year.  This season’s Best Hunt Horse award went to Midnight, owned and ridden by Mark Masters.  The most courteous rider was Mara Lewis.  The Best Whipper-in award went to Charles Dougan.  Along with Anne Kennedy (who can forget the Tally Hoedown?), Charles was also awarded Volunteer of the Year.

And then, the party moved on to the tales of woe!  Everyone who had an unplanned dismount got to put their own spin on the hapless episode.  It is not a requirement to speak, but our members can turn equivocation into an art form, to the delight of the nearly 50 in attendance.  The Elite Eight were:   Susie Preston, Mark Masters, Dennis Brandon, Rosalind Mercier, Diane McMullen, Lorraine Teets, Sally Crane Cox, and Bruce Mandeville.

In a touching tribute to all our hunt mounts, Charles proclaimed his horse, Remington, a saint for taking care of him after a dizzying encounter with a tree at Gibson Custer …and for keeping the truth of that day under his saddle.  Charles played the starring role in the premier of the indie film production “Knocked Out Cold” to track down the dastardly Tree Who Done It to him.

The season ending party is a tribute to the good humor and camaraderie of our members.   We are again grateful to end our season without serious injury to hound, horse or rider in the hunt field.   And we can’t wait to see what the upcoming hunt season will bring! 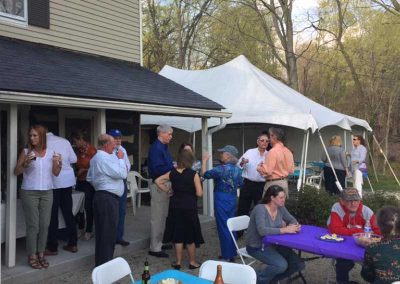 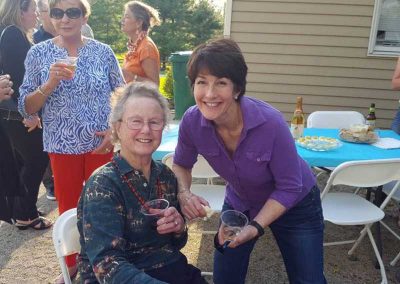 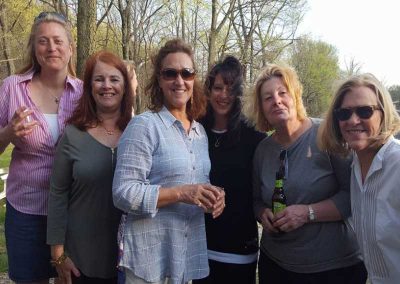 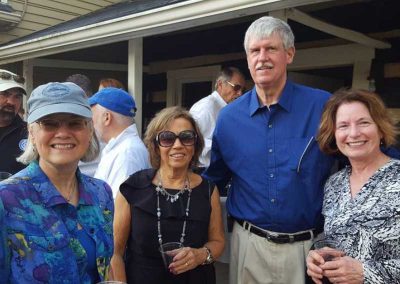