Excerpts from Hounds and Hunting through the Ages by Joseph B. Thomas, MFH (©1928, Windward House, Inc.)who wrote the first comprehensive book on hunting and hounds ever written in America. In this installment Mr. Thomas relates the origin of our traditional hunt club organization, borrowing as it does from its historical British roots: 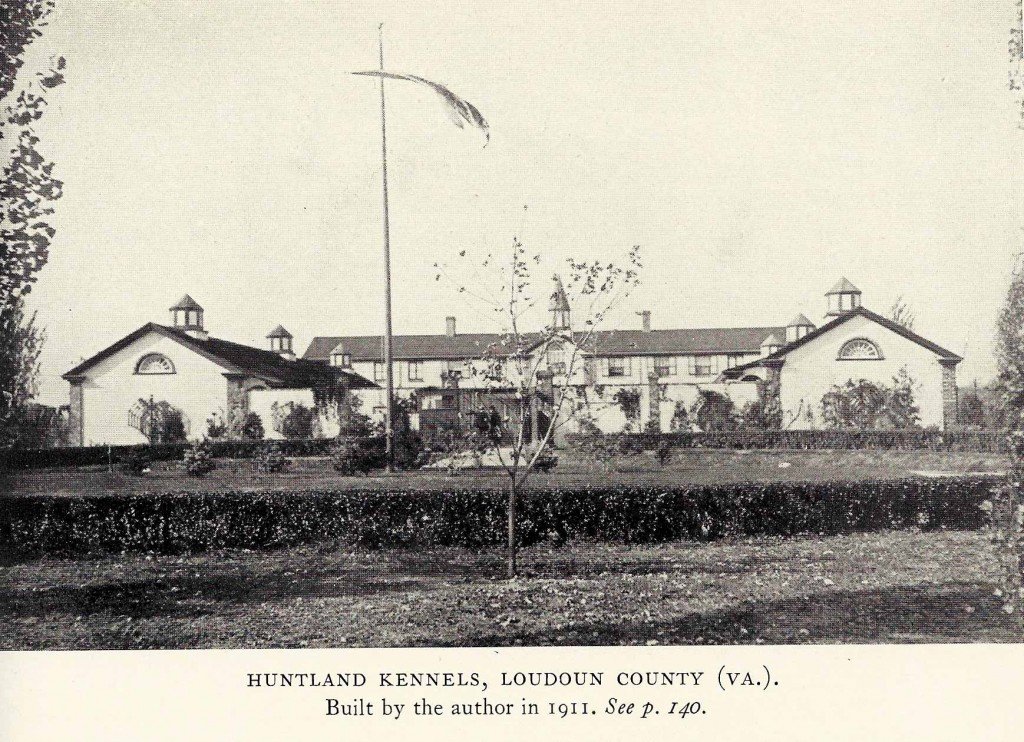 British hunts are marvelously well run, and British hunt countries are splendidly managed. Previous to the days of financial stringency caused by the war [World War I at time of his writing] there were more packs than at present, which were owned and largely supported by individuals. Even to-day there are but few “hunt clubs,” as known in America, but each hunt country, as a rule, has a self perpetuating “committee,” composed of prominent landholders, who run the country as a supreme oligarchy. As a result of this system of benevolent despotism, the great packs of early days were developed. Precedent and custom are so strong, experience has taught so much, and so many people are vitally interested, that there is little opportunity for matters in the well-worn path to go radically wrong,–in fact, much that is best in the tradition of the sport, with its unwritten laws, regulates as if with strictest discipline what “is” and what “is not done.” When a master is appointed by a hunt committee, he has tremendous prestige behind him, and, consequently, can work in an untrammeled manner to maintain the sport. As a rule, a hunt committee guarantees a definite subscription obtained from local supporters of hounds, according to their means and interest in the sport, and from hunting visitors who are expected to pay a “cap” of so much per horse per day when they hunt.

…This marvelous system of hunt organization is the direct result of British continuity of policy intelligently handed down, in many instances from father to son through numerous generations. It is, indeed, a lesson that should be seriously taken to heart in America, if riding to hounds is to progress and hunting countries are to be developed and improved.

Thus wrote Mr. Thomas in 1928. Today we continue to honor the role of our Masters of Foxhounds, and our “hunt committee” is our Rocky Fork Board of Trustees. Note that hunt clubs in America today have various structures; some, “private packs,” in which members hunt at the invitation of the Master, who provides all or a significant part of the financial support of the club. Other clubs, such as ours, rely on subscription, membership, and capping fees paid by members and guests. Only a few of our members are landowners, and we work hard to maintain good relations with hunt country landowners who do not hunt, but to whom we are most grateful for the opportunity to ride on their land. And lastly, we now not only hand down policy “from father to son,” but also from mother to daughter—in an age when women outnumber the men in the hunt field and increasingly assume leadership roles…LB

***Since so much of our sport involves the pageantry as well as practicality of our hunting attire, Mr. Thomas elaborates on our traditions of dress:

When going out with a pack of hounds which are maintained by its master in a first-class manner, the question of dress should be given due consideration…the wearing of special hunt uniforms is an ancient custom from which certain precedents have developed conventions of dress that lend dignity to the chase…Tradition has much to do with the wearing of color, but, aside from tradition, the pageantry of hunting should not be overlooked, for, if the picture can be made delightful to the eye, it may give keen pleasure to many people.

…The oldest hunting uniform in common use seems to have been green, possibly because stag hunting was so prevalent in ancient days, when hounds and greyhounds were held in slips in the runways of the deer, and the green color helped to conceal the presence of the huntsmen from the quarry.

…Scarlet uniforms came into use with British foxhound packs in the eighteenth century, to distinguish them, no doubt, from harrier packs [which hunt hare], which were then more common. At that period, when foxhunting was in the ascendency, and new packs were being formed, scarlet was extensively used in English army uniforms, and, thus, its adoption as a foxhunting uniform color was perhaps only natural. There is one foxhunting pack in America which hunts a country that was overrun by British Redcoats a century and a half ago (and in this region prejudice against redcoats still exits), so this hunt adopted green for its uniform.

… There are very patent reasons why color should be worn by the hunt staff and principal members of any hunt: for example, they can be seen better…

…The hard velvet caps worn by the hunt staff indicate to any observer their positions of responsibility [although for safety, we all wear them now]. …in the time of Louis XIV, hats were equipped with a cord braided by the huntsman from the hair of his ladylove, with silk of a color selected by her, the use of which was to hold the hat if it fell off….The modern hard huntsman’s cap is an adaptation of the jockey caps which came into use in the eighteenth century. These caps were kept on the head by a ribbon tied with a bow, which is suggested today by the bow on the back of hunting caps, now worn purely as an ornament, pendant ends indicating professional hunt servants. [Thus hunt staff now may wear the bow hanging down, while the rest of us must retain the bow affixed to the back of our caps!]

…as far back as the fourteenth century, de Fouilloux mentions “great, high boots.” He further mentions that the boots “should come up over the knee and be attached with straps to keep water, leaves, insects, and other things from falling down inside the legs.”…Two hundred years ago, boots were of soft leather, and worn very loose, with the tops turned down. The relic of this turned-down top still exists in the…brown tops used with scarlet uniforms.

With this we conclude our series of excerpts from Mr. Thomas’ fascinating work. When next you hunt, don’t let things fall down inside your boots…and remember the long tradition in which you now play your part. Savor the escape from modern tendencies to the mechanical, sloppy-chic, and computer screens!…LB